Three victims in the Kobe Bryant helicopter crash were honored with a special memorial service at Angel Stadium.

John Altobelli, his wife, Keri, and their daughter, Alyssa, were remembered at a public memorial Monday … just two weeks after Kobe Bryant’s helicopter crashed, killing 8 passengers plus the pilot. 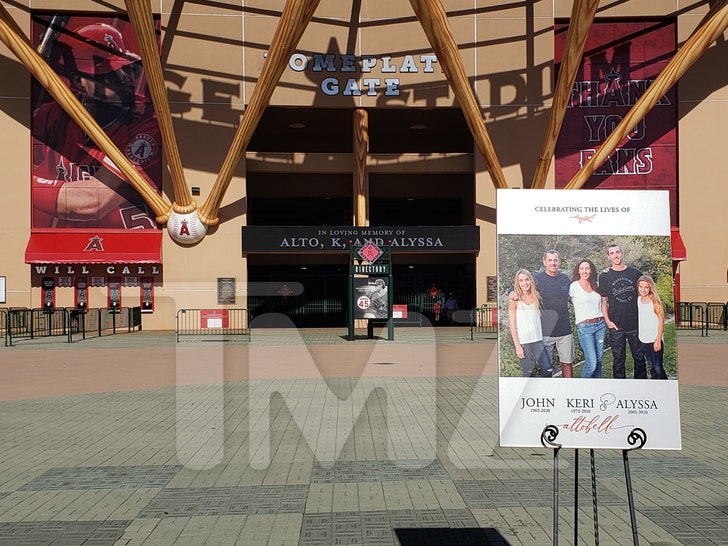 The service included speakers close to the Altobellis. There was also a video tribute.

The Costa Mesa Fire Department rolled out its fire trucks and hung a massive American flag to honor the victims. There’s also a sign in front of Angel Stadium that reads “Celebrating the Lives of John, Keri and Alyssa” with the entire family pictured. 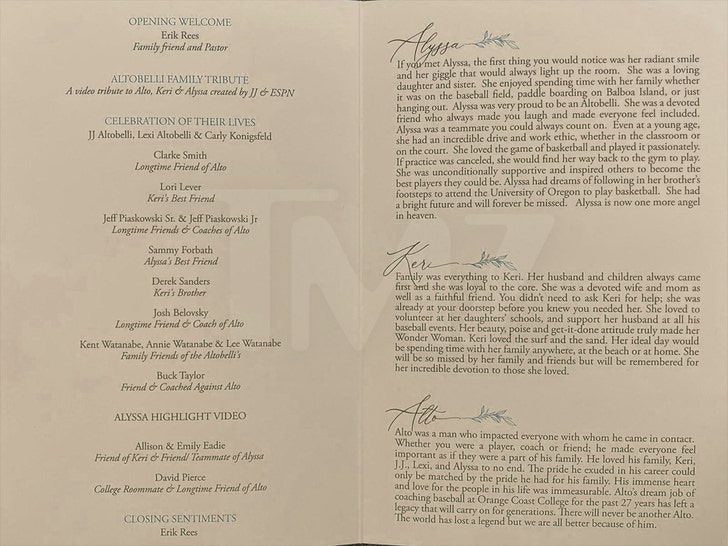 Not far from the main entrance is also a huge collage of the Altobellis.

Altobelli, of course, had deep roots in Orange County. He was entering his 28th season as Orange Coast College’s baseball coach. The Pirates were coming off an incredibly successful season … after capturing their fourth state title.

Alyssa and Gianna Bryant were teammates at the Mamba Sports Academy. She was only 14 and Gianna 13, respectively. You’ll recall, Gianna had her No. 2 jersey retirement ceremony at her private school last week. 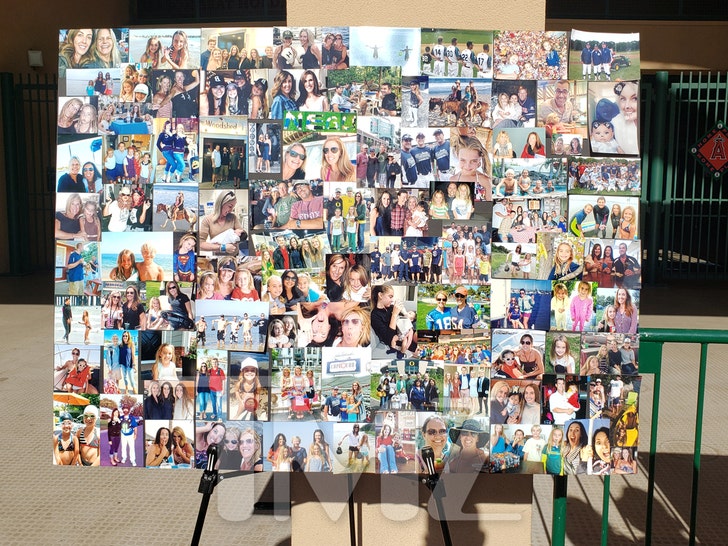 The Altobellis have 2 surviving children — a 29-year-old son, and a 16-year-old daughter.

All the Best Jewelry, Sunglasses, and More from NYFW

Cindy Crawford, Rande Gerber Let Homebuyer Out of Contract Due to Coronavirus

Beyoncé’s Stylist Breaks Down the Fashion in Black Is King